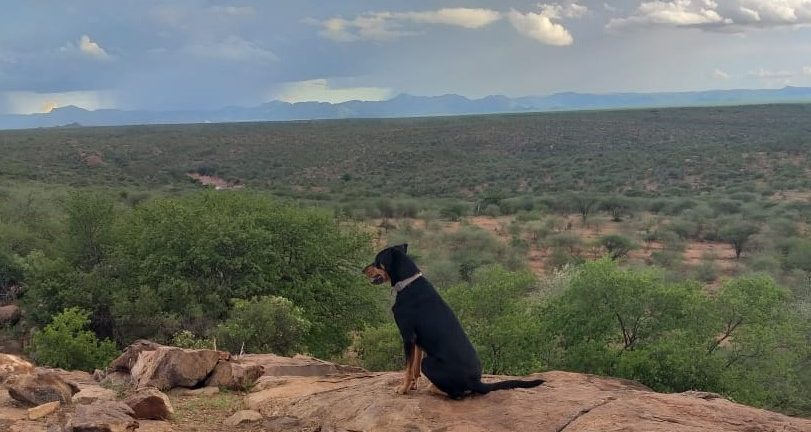 Cheetahs, scientifically called Acinonyx jubatus, are undoubtedly the fastest land mammals on earth reaching speeds of up to 103km per hour. They exist in a wide range of habitats and ecological regions, ranging from dry forest and thick scrub through to grassland and hyper-arid deserts, such as the Sahara.

However, their population is fast declining with the International Union for Conservation of Nature (IUCN) listing the species as vulnerable.

Some of the threats to the species in Africa include habitat loss and fragmentation, followed by conflict with livestock farmers, infrastructure development, unregulated tourism, infectious disease and poaching among others.

In Kenya, IUCN estimates the population of cheetahs to be at about 1,160 individuals, with 710 individuals in the Serengeti/Mara/Tsavo landscape in Kenya and Tanzania; and 450 in the Laikipia/Samburu landscape.

Though there are various conservation efforts ongoing on cheetahs in Kenya, an organization based in Samburu, an arid area in northern Kenya is using a new non-invasive method of research to conserve the species using scat detection dogs.

The Action for Cheetahs in Kenya studies and collects data on cheetah populations to inform conservation plans- the key source of data being the cheetah’s poop.

According to Mary Wykstra, Founder and Director of the organization, the animal scat contains remnants of diet, enabling them to know what are the important species in the diet as well as how frequently domestic animals are consumed.

“Scat also contains hormones and DNA which allow us to study stress, reproductive status and genetic relationships,” she said, adding that the DNA also helps in addressing the source of cheetahs that are being illegally trafficked so law enforcement can address areas where animals are being taken from the wild.

“We can learn all of these without needing to stress out a live cheetah by following it or immobilizing it,” Wykstra notes.

The superior olfactory system of the detection dogs makes them quite handy in detecting the cheetah scat.

According to Audrey Mandi, the Lead Handler of K-9 Program, the dogs are not in direct contact with cheetahs but they are trained to find the cheetah’s feacal matter, which is then taken to the laboratory for more investigation.

The dogs undergo training on basic commands such as sitting and staying, and then during the training sessions, they are slowly introduced to the cheetah poop. “The dog starts to associate poop with play,” she says.

At the same time, the dog is taught to retrieve objects such as toys that are interchanged with the poop. Then slowly the toy and play become the reward and the dog is socialized to find the poop.

Mandi notes that the dog’s ability to find the cheetah poop is worth writing home about being that they are more accurate than human beings.

She states that during the pilot stage in Laikipia, Tana River, Makueni, Machakos, Kajiado and Samburu – including Buffalo Springs and Samburu National Reserve, they used two detection dogs which collected over 200 cheetah samples in a period of 28 field days with 98% accuracy.

“We tried it with field staff. We had four of five field staff who would search and collect samples in a period of three years. They collected 300 samples but out of them only 27 were cheetahs,” Mandi says.

From the various samples collected, Wykstra discloses, “We are currently awaiting export permits to send the prepared DNA to the Namibia Cheetah Conservation Fund for genetic sequencing.”

This will help in better understanding the relationships in a population and the corridors available for mating between pockets of populations as it impacts cheetah health and population management.

“An inbreeding coefficient tells us how closely related a population is. If that number becomes too high, inbreeding will result in deformities. Cheetahs are already 99.99% genetically related (closer than human identical twins), this means that if a population is cut off it can quickly spiral to extinction,” Wykstra states.

According to Cosmas Wambua, the organization’s co-founder, cheetahs need to move to find their mates but if they breed closely (in-breeding) due to lack of the ability to move across a large landscape, it will result in cheetahs who have defects ranging from kinked tails, cross-eyed to crowded upper incisors (teeth grow into the roof of the mouth making feeding difficult).

Before 2017, when the k-9 program was introduced, the organization would rely on some radio-collaring- where a collar with an attached radio transmitter is put on an animal so that its movements in its natural habitat can be remotely monitored. This was invasive and risky to the cheetah population, Wykstra admits.

Alongside the scat detection dogs, Action for Cheetahs Kenya also uses other traditional monitoring studies like game counts and transect sampling as well as community knowledge through staff interactions.

Though the dog detection program of the organization has proven to be successful, some of the challenges that remain facing it include: harsh climatic conditions sometimes with temperatures as high as 30°C and above which require a lot of adjusting for the dogs, safety issues when the dogs are carrying out searches in certain terrains, inexperienced trainers for the dogs and difficulty in finding funding to purchase equipment for the dogs when they are going out for searches.