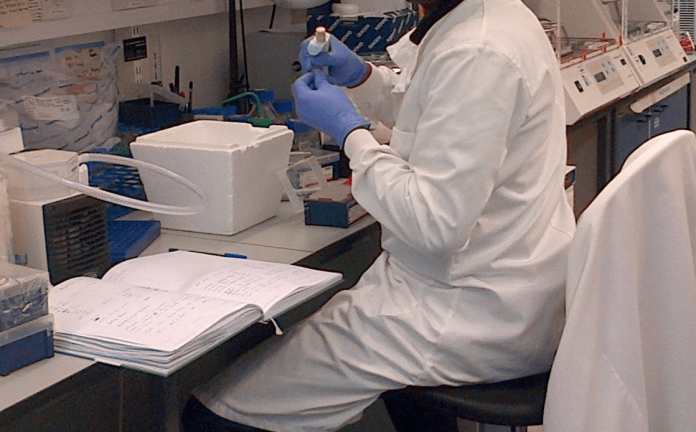 Insight into the War against Drug Resistant Malaria Parasites

At the moment, the World Health Organization (WHO)ranks antimicrobial resistance as one of the top 10 global public health threats as microbes are increasingly developing resistance to even the last lines of drugs used for treating diseases, malaria included. In Africa, scientists have also confirmed that malaria parasites in Africa have developed resistance to a key family of drugs used to protect against them. This threatens malaria control and may result in increased malaria morbidity and mortality, according to the Centre for Disease Control and Prevention.

Q: Are we going to leave the need to use Artemisinin drugs? If it is not now, do you think in three years there is going to be high resistance with the last resort antimalarial drug?

A: No, Artemisinin (ART) drugs are still effective in many countries. However, from the inception of ART use decades ago, it was apparent that when used alone (monotherapy), ART would rapidly clear parasites from the bloodstream to undetectable levels, but parasites would reappear several days later. If we categorized this type of treatment failure from the beginning, it would have been R1 resistance (clearance of asexual parasites in the bloodstream as in the sensitive parasites, followed by recrudescence). This is why ARTs were partnered with other drugs to enhance their efficacy in artemisinin-based combination therapies (ACTs). Among the main recommended ACTs for treating malaria infections in many African countries are Artemether-lumefantrine (AL), dihydroartemisinin-piperaquine (DHA/PQ), and artesunate-amodiaquine (ASN-AQ). It also means that malaria parasites have an inherent R1 resistance against ART and other drugs, the capacity to sustain life in a state of dormancy for days. This state compromises the partner drugs in the different ACTs.

Q: What is the level of resistance in terms of percentage?

A: The resistance level varies for different drugs. To answer this question, we must review a brief history of the primary drugs that have been used for the treatment of malaria. These drugs are chloroquine and sulphadoxine-pyrimethamine. The percentage of chloroquine-resistant parasites in Kenya has diminished to, on average, below 10% in the Western, Lake Victoria region, and the Coastal region of Kenya. Sulphadoxine-pyrimethamine (SP) is still used to prevent and treat malaria in pregnant women, and resistance level has continued to rise, but the actual percentage requires further studies.

Q: What is the major contributing factor to drug resistance in malaria?

A: Many factors, both from human and parasites’ perspectives, contribute to resistance. The leading human factors are overuse of antimalarial drugs for unconfirmed malaria cases and poor adherence to a complete treatment regimen for confirmed malaria infections. The main parasite factor is the high flexibility of the parasite to adapt to drugs. I am currently investigating the parasite factor, precisely a less explored conundrum in which parasites enter a temporary growth arrest (dormancy) and reemerge to cause infection when stressors are removed. This is one of the revolutionary research areas that can show new ways of killing parasites when they are potentially highly vulnerable.

Q: Which classes of drugs have presented resistance mechanisms?

Q:Have drug-resistant malaria parasites been detected in Kenya, which parts of the country is it prevalent the most?

A: In Kenya, drug-resistant parasites are present in two main regions: the Western Lake Victoria region and the Coastal region. These regions have constant malaria transmission. The resistance is mainly against drugs previously used, such as chloroquine, or medications used for pregnant women, such as sulphadoxine-pyrimethamine. However, there are no reports of resistant parasites against the ACTs – Artemether-lumefantrine (AL) or dihydroartemisinin-piperaquine (DHA/PQ), the recommended ACTs for treating malaria infections in Kenya.

It is important to emphasize two key points; first, malaria parasites enter a state of dormancy when exposed to ART and reemerge after withdrawal of the drug. This may be confused for emerging resistant parasites or reduced susceptibility in many instances. Second, parasites that are partially resistant to artemisinin (ART), a key component in the ACTs, have been reported in the neighboring countries, Uganda and Rwanda. The spread of such parasites into Kenya and neighboring countries is a big concern. Studies on how parasites switch to and from the dormant state to initiate new infection and continuous surveillance for ART-resistant parasites are critical in eliminating malaria.

Q: What are some of the pathways that could help address the emergence of antimalarial drugs resistance?

A: The malaria parasite has different stages in the human host that need to be targeted: the liver stage parasites and two blood stages- the asexual blood-stage and the sexual blood stage. Many drugs target the asexual blood-stage parasites that primarily cause the disease symptoms during infection. The most classical pathway targeted by many of the most successful drugs in the market is the hemoglobin digestion pathway in the food vacuole of parasites. Although parasites have developed resistance to some drugs targeting this pathway, a deep understanding of how parasites escape killing may help us utilize such knowledge to kill parasites by outwitting their resistance mechanisms. To address drug resistance, we need to focus on critical pathways and targets for all the three-stage of the parasites. Some of these pathways are fatty acid synthesis, proteasome pathway, nucleic acid synthesis, and phosphorylation.

Q: According to your profile, you have mapped promising mutations in proteins that are highly plausible mediators of drug transport and action. Could you please explain this in simple terms? Or could these proteins be a possible alternative solution to tackling the emerging drug resistance through vaccination or reducing the severity of malaria? Can they be used now or at what time will they be used? Are you still working on it?

A:Our previous studies used parasites resistant to a drug called lumefantrine, a vital partner drug in the ACT–AL. By comparing the DNA of the sensitive parasites to that of the lumefantrine-resistant parasites, we saw changes in the parasite proteins involved in transferring material across different parasite compartments or proteins that can cleave compounds/drugs into an active ingredient. We prioritized these changes for further laboratory experiments. Yes, our promising proteins may be useful or complementary solutions to tracking drug-resistant parasites in the field; however, we are currently working on validating them using different lab techniques and samples collected from infected individuals.

Q: Regarding your unique niche of selecting, selecting, phenotyping, and genotyping drug-resistant Plasmodium berghei parasite, since the parasite causes malaria in some rodents and humans and animals are interconnected, is this a public health threat to humans?

A: Yes, they are interconnected in studying biology and specifically drug resistance in malaria; however, Plasmodium bergheiparasites that infect rodents do not infect humans and are not a public health threat to humans. The Plasmodium berghei parasites help predict what would happen in the human parasites, especially in difficult and complex studies to perform with the Plasmodium falciparum.