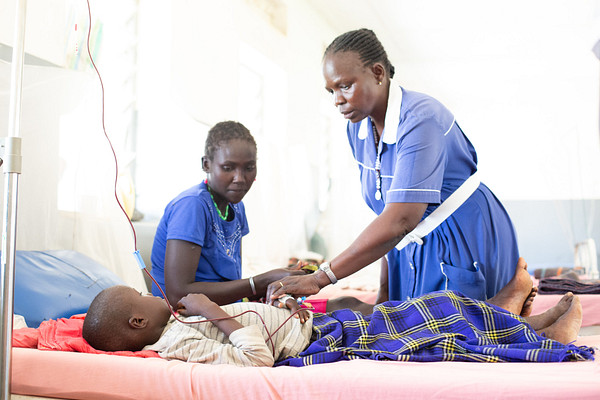 The new treatment for visceral leishmaniasis, a neglected tropical disease caused by sandflies is effective, a new study published in The Clinical Infectious Journal reveals.

The study conducted in Eastern Africa by Drugs for Neglected Diseases initiative (DNDi), a non-profit medical research organization and its partners found that the treatment consisting of a combination of two drugs: miltefosine (MF), the only oral drug available for leishmaniasis treatment, and paromomycin (PM), an injectable antibiotic is 91% effective.

Further, a comparison of the new treatment and the standard combination treatment of sodium stibogluconate (SSG) and PM, found that MF and PM treatment is not only as effective as the existing treatment, but reduces hospitalization time by 18% and removes one painful daily injection and the potential life-threatening toxicity associated with SSG.

Children, who are the majority of visceral leishmaniasis patients – were also shown to respond very well to this new treatment.

The study also finds that the treatment lowers the risk of the occurrence of post-kala-azar dermal leishmaniasis (PKDL) – a common complication of visceral leishmaniasis that appears after treatment mainly in Sudan and Ethiopia – to 4 %. This is an improvement from 20.9% if treated by SSG+PM. This is important because PKDL patients are a source of infection to sandflies, therefore reducing cases of PKDL will reduce transmission.

‘This new treatment is great news for the thousands of patients affected by visceral leishmaniasis in the region. It will eliminate one painful and toxic injection from the treatment and is therefore safer for those affected,’ said Prof. Ahmed Musa, Deputy Vice Chancellor at the University of Khartoum and Principal Investigator of the clinical trial conducted in Sudan.

There are 50,000 to 90,000 new cases of the disease annually, with the highest number of cases worldwide reported in Eastern African countries: Eritrea, Ethiopia, Kenya, Somalia, South Sudan, Sudan, and Uganda. The disease affects people in resource-limited settings, arid and semi-arid areas. Half of them are children under 15.

The current first-line treatment in Eastern Africa consists of PM in combination with SSG administered either through injection or intravenously. This remains sub-optimal, as patients may suffer from rare but heavy side effects, such as cardiotoxicity, hepatotoxicity, and pancreatitis associated with SSG. The treatment is also difficult to administer since patients must endure two painful injections every day for 17 days.

‘The current treatment has significant socio-economic impact as patients are forced to stay in hospital for extended periods and have to miss work or school. With the new treatment patients will spend less time in hospital,’ said Prof. Musa.

‘After many decades we have finally included an oral treatment to the regimen, reducing severe side effects and the burden on health systems thanks to decreased hospitalization time,’ she said.