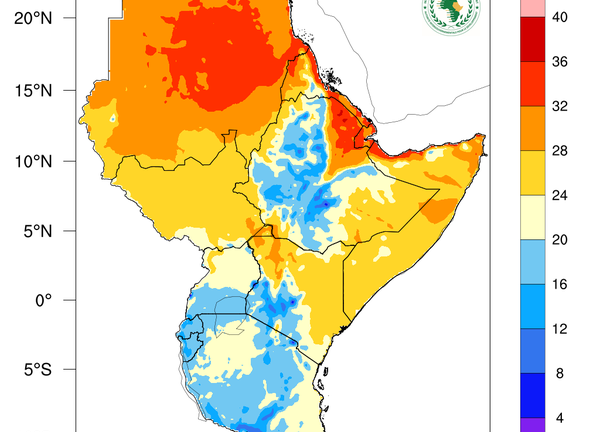 In the next seven days, warmer than normal temperatures are expected over most parts of the Eastern Africa region, according to IGAD Climate Prediction and Application Centre (ICPAC) weekly weather forecast.

While temperatures above 32 degrees Celsius are expected over central and eastern Sudan, Afar region in north-eastern Ethiopia, parts of Eritrea, Djibouti, and north western coastal Somalia

However, some areas of eastern South Sudan are likely to experience cooler than normal temperatures with moderate to heavy rainfall ranging between 50-200 millimeters.