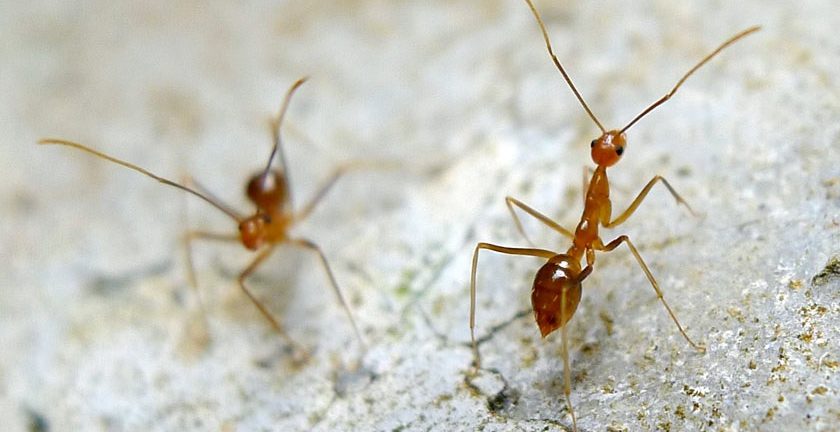 In the last decade, Kenya has been particularly affected by a series of novel plant pests which have damaged crops including maize lethal necrosis disease (MLND), tomato leaf miner, tuta absoluta, potato cyst nematode, fall armyworm and papaya mealybug among others which resulted in huge losses.

However, to prevent such drastic outcomes, a group of experts and scientists have conducted a research led by the Centre for Agriculture and Bioscience International (CABI) which prioritizes 120 potential Invasive Alien Species (IAS) that could pose a threat to agriculture and biodiversity in the country.

From the initial assessment, the study, published in the journal Biological Invasions, drew up a list of 21 arthropods, 9 nematodes and 20 pathogenetic species which the scientists say should be risk assessed and monitored to help minimize their impact on key crops.

Using horizon scanning approach which can be used to generate information on possible biological invasions, and thus, support planning and management at country and regional level, as well as inform policy and practice, the scientists ranked the IAS in order of likelihood of entry, magnitude of socio-economic impact and impact on biodiversity.

Though international trade remains a major cause of spread for invasive pests, the research suggests that the IAS are likely to arrive in a number of ways including natural dispersal especially for many arthropods, arrival on a commodity in case of seed-borne pests, with vectors which can disperse naturally in case of viruses and viroids (infectious pathogens), and as hitchhikers in case of soil-borne pests which could be intentionally or unintentionally introduced with soil.

In terms of nematode species, a full pet risk analysis and surveillance is recommended for the groundnut testa nematode, peanut pod nematode and potato tuber nematode which present the highest threat.

With regards to pathogenic species, citrus canker, Ceratocystis blight and bacterial stalk rot of maize are the three main risks that require either a survey and/or full pest risk assessment.

“Kenya has prioritized a number of value chains under the Agricultural Sector Transformation and Growth Strategy, 2019–2029 as key to improving livelihoods and supporting economic growth,” Dr Joseph Mulema, Senior Scientist, Research, CABI’s Regional Centre for Africa and lead author of the research said in a statement.

“Therefore, species which could affect the prioritised value chains are appropriate targets for conducting a full pest risk analysis. The outcome of the analysis will advise implementation of import controls and the preparation of contingency plans.”

According to Dr. Malema, by prioritising risks, horizon scanning guides resource allocation to interventions that are most likely to reduce risk and is very useful to National Plant Protection Organisations and other relevant stakeholders.

Since the research was conducted in 2018, four pest species have since been found to be present in Kenya. These include two arthropods (red gum lerp psyllid and the spotted wing drosophila) and two pathogenic organisms (the bacterial species, P. parmentieri and the viroid, potato spindle tuber viroid).

The scientists say that the results in their latest research should, therefore, be reviewed regularly in light of new information that may arise. They suggest that part of the outcome of a horizon scanning process could be the systematic monitoring of information sources to detect possible changes to risk, which can be recorded in a plant health risk register.

“Given the practicality of the approach and the widespread lack of pest prioritisation in SSA, we propose that the approach reported here could benefit many other countries on the continent if adopted,” Dr Mulema added.