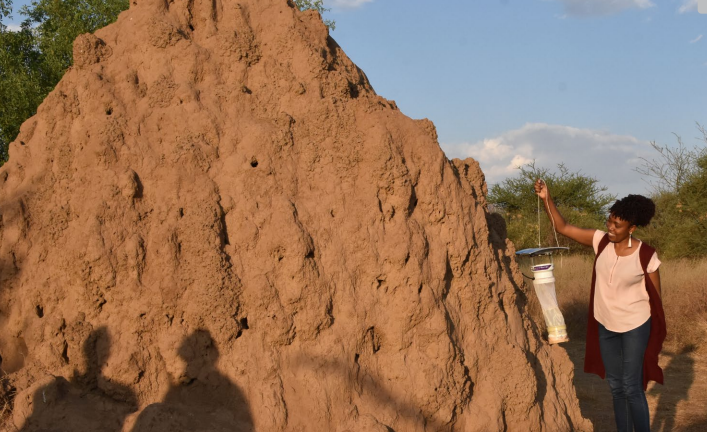 Being the decade of action, International Centre of Insect Physiology and Ecology(icipe) is significantly contributing towards achieving the 2030 Sustainable Development Goals (SDGs) by improving the overall well-being of communities in tropical Africa through addressing the interlinked problems of poverty, poor health, low agricultural productivity and degradation of the environment.

In 2020, the organization made a groundbreaking discovery of a microbe in Anopheles mosquitoes that is capable of blocking transmission of malaria parasite from the insects to people. The scientists found that the microbe (Microsporidia MB), can be passed on from female mosquitoes to their offspring at high rates and that it does not kill or cause obvious harm to the mosquito host.

According to 2021 malaria progress report by Africa Union(AU), 611,802 Africans died from malaria of which 80% were children under the age of 5. Moreover, 96% of the global malaria cases and 98% of malaria deaths occurred in Africa.

Additionally, icipe made the first global connection between Parthenium weed and Anopheles mosquitoes. Based on that study, the centre found that the chemical fragrances in the roots of Parthenium could be used as a bait in combination with traps, to selectively capture pregnant female mosquitoes seeking egg laying sites thus hindering breeding.

Leishmaniaisis is transmitted by sandflies of the Phlebotomus genus, which feed on multiple blood sources, including people. In an effort to demonstrate the potential of plant-derived attractants for sand-fly management, the centre identified an organic compound in the plants that sand flies feed on and demonstrated that the compounds could be used as attractants to trap these insects so as to control Leishmaniasis.

A research by icipe established pesticide pollution as a major driver in increasing the occurrence of shistosoma-host snails and thus the risk of schistosomiasis transmission. Schistosomiasis is a severe neglected tropical disease transmitted by freshwater snails.

According to Dr. Pauline Mwinzi,Regional technical officer for Schistosomiasis and Soil Transmitted Helminths, World Health Organization (WHO), the disease is one of the neglected tropical diseases with the largest burden in Africa requiring intervention in almost 44 countries in the continent.

Through SPEAR pesticides, a technology developed in Central Europe to help quantify pesticide-related changes in the macroinvertebrate community composition, icipe managed to successfully characterize pesticide pollution in streams in western Kenya and estimated the pesticide pollution.

The invasive fruit fly (B. dorsalis) is the major species attacking mango in Zanzibar. Determined to reduce fruit fly populations in Zanzibar to an economically viable threshold, icipe released the two fruit fly natural enemies: F. arisanus and D. longicaudata for the management of B. dorsalis in the country.