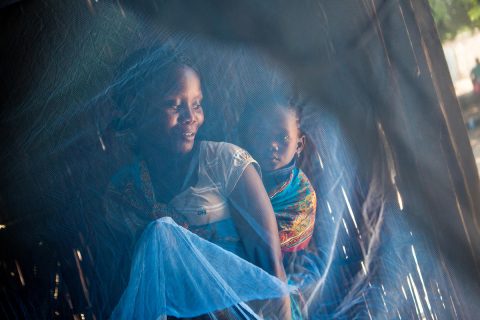 Though malaria remains a significant threat to health and  development in Africa, the continent is not on target to eradicate the disease by 2030, World Malaria Report finds.

The African Union (AU) set a 2020 target of reducing malaria incidence and mortality by 40% compared to 2015. However, malaria cases are estimated to have dropped by only 1% while deaths increased by 1% between 2015 and 2020.

The World Malaria Report 2021 notes that only 15 Member States achieved or made significant progress towards the 2020 targets.

Incidences reduced by at least 40% in Ethiopia, Mauritania, Cabo Verde, the Gambia, and Ghana whereas the reduction was between 25-40% in Eswatini, Equatorial Guinea, Kenya, Rwanda, Senegal and Togo.

Notably, zero deaths have been reported in Cabo Verde and Sao Tome & Principe since 2018 while in Ethiopia and South Africa malaria mortality has reduced by at least 40%. In Niger, Sierra Leone and Togo mortality has declined by 25-40%.

The report further finds that the number of malaria deaths is significantly higher than previously understood. Since 2015, there have been 693,617 additional malaria death, thus, increasing the urgency of controlling and eliminating malaria.

COVID-19 disruptions – diversion of malaria resources to fight COVID-19, business interruption and lockdowns which reduced tax revenues making debt and co-financing obligations difficult to meet, and supply chain challenges which increased cost and complexity of purchasing and delivering commodities- interrupted malaria prevention, diagnosis and treatment leading to an additional 49,000 malaria deaths in 2020, according to the report.

Also, about 63% of activities in national malaria strategic plans were found to be unfunded despite the Global Fund providing US$3.58 billion for malaria programming in endemic countries in Africa for 2021-2023 period and additional funding to support COVID-19 response and help sustain malaria, Tuberculosis and HIV services during the pandemic.

Over the last two years President Uhuru Kenyatta, Chair of the African Leaders Malaria Alliance (ALMA), implemented an ambitious four point agenda that includes digitalisation with an emphasis on the use of country scorecards for accountability and action, establishment of End Malaria Councils and Funds for increased multisectoral action, high level advocacy  and domestic resource mobilisation including from the private sector, increased engagement with Regional Economic Communities and harnessing the demographic dividend of the youthful population through a malaria youth army.

Currently, the report notes that score cards have been implemented for malaria (40 countries), RMNCAH (29 countries) , NTDs (eight countries), nutrition (three countries) and community-level (five countries) to drive accountability and action and the use of real-time data for effective programme management.

Also, 21 countries have connected national HMIS systems to the online scorecard platform, enabling nine million data points to be tracked on national scorecards (62% increase) whereas a total of 520 workplans have been developed (57% increase).

The reports finds that 23 countries have launched national “Zero Malaria Starts with Me!” campaigns, including the DRC, Malawi, Mali, and Namibia which launched in 2021.

Further, 15 countries are on track to announce or launch End Malaria Councils & Funds (EMCs) by the first quarter of 2022 and an additional nine are in the planning process. EMCs have successfully mobilised multisectoral advocacy, action, and millions of USD to support national malaria programmes, according to the report.

With regards to harnessing the youthful population, ALMA launched a continental Malaria Youth Strategy and Kenya launched the first “Youth Army” to mobilise young leaders to champion the fight against malaria.