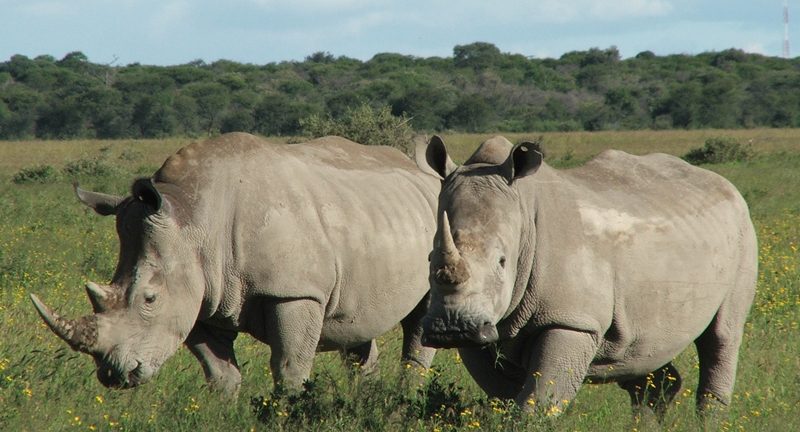 Globally, rhino poaching has been decreasing since 2018, a new report finds.

According to the report by the International Union for Conservation of Nature (IUCN) Special Survival Commission(SSC) African and Asian Rhino Specialist Groups and TRAFFIC, rhino poaching rates in Africa have declined by 3% from 2015 to 2021.

Between 2018 and 2021, at least 2,707 rhinos were poached with South Africa accounting for 90% of all reported cases, majority of those affected being white rhinos.

“The overall decline in poaching of rhinos is encouraging, yet this remains an acute threat to the survival of these iconic animals,” said Sam Ferreira, Scientific Officer with the IUCN SSC African Rhino Specialist Group.

“To support the growth of rhino numbers, it is essential to continue active population management and anti-poaching activities for all subspecies across different range states.”

Though global lockdowns and restrictions due to COVID-19 contributed significantly to the decline in most countries, lifting of restrictions led to increase in poaching incidences in some areas- for example, South Africa reported 451 and Kenya six poached rhinos in 2021.

However, these numbers are still significantly lower than during the peak in 2015, when South Africa alone lost 1,175 rhinos to poaching.

In Asia, the report notes that rhino poaching declined between 2018 and 2022, continuing the trend since 2013.

Notably, the populations of the greater one-horned and Javan rhinos have both increased since 2017, while the critically endangered Sumatran rhino has suffered population declines of 13% per year.

Conservation efforts including strengthened law enforcement have contributed significantly to the increase with the number of greater one-horned rhinos in India and Nepal rising from an estimated 3,588 in 2018 to 4,014 at the end of 2021, while the total population of Javan rhinos increased from between 65 and 68 individuals in 2018 to 76 at the end of 2021.

However, there were an estimated 34 to 47 Sumatran rhinos in 2021, compared with 40 to 78 individuals in 2018, as the small size and isolation of populations limit breeding in the wild.

The report finds that 11 rhino poaching incidents were recorded in Asia (ten in India and one in Nepal) since the beginning of 2018, all of which involved greater one-horned rhinos while there were no reports of illegal killings of Sumatran rhinos despite the substantial population declines recorded.

Besides poaching, illegal trade in rhino horns has also decreased.

According to the report, data analysed for range and consumer states suggests that, on average, between 575 and 923 African rhino horns entered illegal trade markets each year between 2018 and 2020, compared to approximately 2,378 per year between 2016 and 2017.

However, in 2019, before the COVID-19 outbreak, the reported seized weight of illegal rhino specimens reached its highest point of the decade, probably due to increased regulations and law enforcement efforts.

The report notes that while range and consumer countries most affected by illegal trade remained the same as in previous reports, the lack of consistent reporting by some countries still limits the ability to better understand patterns of illegal trade in rhino horns.

“Although we cannot say with exact certainty what impact COVID-19 restrictions have had on rhino horn trade, 2020 did represent an abnormal year with low levels of reported illegal activity, law enforcement, and government reporting. The continued and consistent monitoring of illegal trade is vital.”