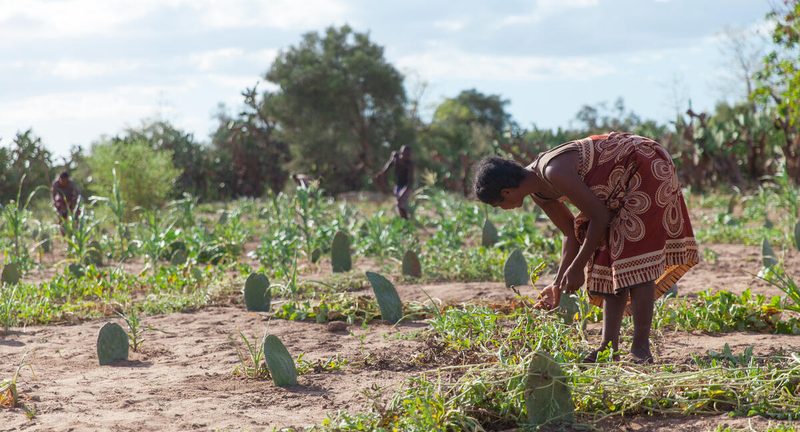 With 828 million people being affected by hunger, the world is not on track to achieve sustainable development goal (SDG) two- zero hunger- by 2030.

This is according to the State of Food Security and Nutrition in the World 2022 report which also showed that hunger affected 46 million more people in 2021 compared to 2020, and a total of 150 million more people since 2019, prior to the COVID-19 pandemic.

“There is a real danger these numbers will climb even higher in the months ahead. The global price spikes in food, fuel and fertilizers that we are seeing as a result of the crisis in Ukraine threaten to push countries around the world into famine,” World Food Programme (WFP) Executive Director David Beasley stated.

“The result will be global destabilization, starvation, and mass migration on an unprecedented scale. We have to act today to avert this looming catastrophe.”

Similarly, the International Fund for Agricultural Development (IFAD) President Gilbert F. Houngbo said “These are depressing figures for humanity. We continue to move away from our goal of ending hunger by 2030.

“The ripple effects of the global food crisis will most likely worsen the outcome again next year. We need a more intense approach to end hunger and IFAD stands ready to do its part by scaling up its operations and impact.”

The report projects that if no action is taken, nearly 670 million people (8% of the world population) will still be facing hunger by 2030.

It is in this regard, that the report calls for repurposing public support to food and agriculture. Globally, support to food and agriculture accounted for almost USD 630 billion per year on average between 2013 to 2018 with the biggest proportion going to individual farmers, through trade and market policies and fiscal subsidies largely tied to production or unconstrained use of variable production inputs.

“Not only is much of this support market distorting, but it is not reaching many farmers, hurts the environment and does not promote nutritious foods,” the report notes, adding that the support to agricultural production largely concentrates on staple foods, dairy and other animal source protein-rich foods, especially in high- and upper-middle-income countries.

“Rice, sugar and meats of various types are the foods most incentivized worldwide, while fruits and vegetables are less supported overall, or even penalized in some low-income countries.”

Additionally, the report points out that trade and market interventions can act as trade barriers for nutritious foods undermining the availability and affordability of healthy diets. In many countries for instance, fiscal subsidies have increased the availability and reduced the price of staple foods and their derivatives, discouraging and making relatively more expensive the consumption of unsubsidized or less subsidized commodities such as fruits, vegetables and pulses.

To this end, the report observes that informed by evidence and involving all stakeholders,  repurposing existing public support can help increase the availability of nutritious foods to the consumer.

“It can contribute to making healthy diets less costly and more affordable all over the world,” the report reads, cautioning that whilst doing this, policymakers have to avoid potential inequality trade-offs in terms of greenhouse gas emissions, that may emerge if farmers are not in a position to specialize in the production of nutritious foods due to resource constraints.

However, the report notes that repurposing current public support to food and agriculture will not be enough alone. Healthy food environments and empowering consumers to choose healthy diets must be promoted through complementing agrifood systems policies.

“Social protection and health system policies will be needed to mitigate unintended consequences of repurposing support on the most vulnerable, particularly women and children. Environmental, health, transportation and energy systems policies will be needed to enhance the positive outcomes of repurposing support in the realms of efficiency, equality, nutrition, health, climate mitigation and the environment,” the report says.

“We must work together to achieve the 2030 global nutrition targets, to fight hunger and malnutrition, and to ensure that food is a source of health for all.”

In the statement, UN Food and Agriculture Organziation (FAO) Director-General QU Dongyu noted that low-income countries, where agriculture is key to the economy, jobs and rural livelihoods, have little public resources to repurpose but FAO is committed to continue working together with these countries to explore opportunities for increasing the provision of public services for all actors across agrifood systems.