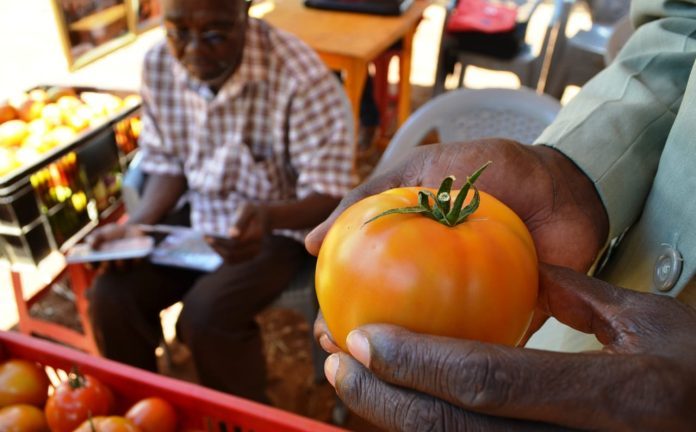 A Dedicated Urban Agriculture Policy is Crucial for Nutrition Security

By Shreya Raman and Gitonga Njeru

Phylis Wanjiru, 33, is longing to be a mother but both of her pregnancies to date have not been successful. Her first one ended within three months with a miscarriage and while her second pregnancy reached full-term, the baby was stillborn.

Nearly 500 kilometers away from Phylis’ house in Nairobi, Edna Murelo,38, from Mombasa has also been facing similar issues. Murelo, who was pregnant five years ago, gave birth but her child did not live longer than 72 hours. Pregnancy complications led to the baby developing perinatal asphyxia, a breathing problem associated with prolonged labour.

While the cases are not linked, doctors said that the food that they consume could be a reason for the failing pregnancies. Wanjiru, like thousands of other women in the city, cultivates kales and spinach along the heavily polluted Nairobi river and regularly consumes them. Murelo too regularly buys leafy vegetables that are irrigated with sewage water near her home.

“Many women are experiencing different kinds of reproductive health complications, including miscarriages, stillbirths and neonatal asphyxia, because of the contaminants in the water,” said Prof James Machoki M’imunya, a board member of Kenyatta National Hospital and Principal of the University of Nairobi Health Sciences. “We have had to administer legal abortions during pregnancy to save the lives of some women.”

M’imunya is currently conducting a study looking at these links which he says will be published in the British Medical Journal within a few months.

Across Kenya and in the Indian city of Mumbai, urban agricultural practices use contaminated soil and sewage water. But people continue to consume these vegetables as they cost half the price of those sold in markets. While these systems create a considerable health risk, a well-regulated urban agriculture system could significantly help in making them safer and contribute to food and nutrition security in urban areas.

As of 2018, more than half—55%—of the world’s population lives in cities and this is expected to go up to 68% by 2050. The resulting spike in demand for food could fuel food insecurity, malnutrition and obesity, which will disproportionately impact low-income households with limited purchasing power.

Every evening, road number 14 of Mumbai’s Baiganwadi slums converts into a vegetable and fruit market but most of the produce being sold here is rotten or nearly there. To understand why this is so, it is important to understand how Mumbai gets its fruits and vegetables.

Nearly all fruit and vegetable vendors in the city buy the produce from the Agricultural Produce & Livestock Market Committee in Vashi, approximately 70 kilometres from the city centre. And these produce travels far to reach the market, with some travelling as far as 1,700 kilometres from the state of Punjab. All this traveling adds to the cost.

In Baiganwadi, where the average monthly household income is $178 (Rs 13,607), this increased cost limits access. “For many families it is a question of would they be able to buy enough vegetables and fruits for the entire family or should they just buy a vada pav or chowmein that would take care of their hunger for the day,” said Poornima Nair, health and disability director at Apnalaya, an NGO.

A key outcome of the affordability crisis is that vendors in the area often buy produce that is being discarded at the Vashi market. “Their waste becomes our food,” said Tasleem Sayyed, Apnalaya’s field officer. “Many times, the food that goes unsold in supermarkets also finds its way here. They are still in those packages.”

Buying these cheaper produce still does not make them affordable for many people. Every day after the evening namaaz, Samina Khatoon is forced to reduce the price, “Many days I have to sell at the price of buying or even at a loss to avoid significant losses,” she said.

Urban agriculture can contribute in solving the affordability problem by cutting down on transport costs. In Mumbai and Nairobi, vegetables grown on urban farms were considerably cheaper and hence more accessible.

Existing policies and the drawbacks

On a Monday morning, Radheshyam Chauhan harvested 40 bundles of spinach from a narrow patch of land near Mira Road station on Mumbai’s suburban railway line. He walked to the market near the station and sold the spinach to Vikram Prasad at the cost of Rs 3 per bundle–half of what Prasad paid (Rs 7, including transport costs) at the Vashi market in the morning.

Prasad is one of Chauhan’s regular customers and while the produce from the railway farms is not enough to run his business, the low cost helps in cushioning his losses. The farm that Chauhan works on is on land owned by the Indian Railways and is leased to certain railway employees under the Grow More Food scheme. The employees then lease the land to outsiders who hire labourers to cultivate the land and sell the produce.

Chauhan, who is one of these labourers and had migrated from the north Indian state of Uttar Pradesh says farming here is more difficult than in his village. “This land has no life,” he said, “We have to add lots of fertilisers and pesticides for the land to have any yield.” In addition to this, accessing clean water is a major challenge. All these farms are located on narrow patches of land between the railway tracks and walls built by the railways. Chauhan, who lives in a shanty near the farm, says they are forced to use sewage water. “We don’t have water to drink, how will we get water for the crops,” he added.

A 2013 study of eight railway farms highlighted this extensive use of fertilisers and pesticides and the use of sewage water. The study also found that the soil and the produce from these farms have high levels of heavy metal contamination, which could cause possible health concerns. In 2019, based on a public interest litigation, the Bombay High Court directed Indian Railways to ensure that sewage water is not used in these farms but this practice still continues.

Unlike India, in Kenya there is no policy-level acknowledgement of the health risks of consuming these vegetables, but the impacts are visibly there. At the Kenyatta National Hospital, at least two cases related to health complications from consuming vegetables irrigated with water from Nairobi river are reported every week, says M’imunya, adding that this could be an underestimation.

Many women who are facing these kinds of complications in Kenya are seeking justice in the country’s civil courts. Judy Thongori, a family lawyer and women’s rights activist is representing many of these women who are seeking compensation from the Kenyan government and from the National Environmental Management Authority (NEMA), a government agency over negligence. “I get new cases of women experiencing different kinds of reproductive health issues almost on a monthly basis,” Thongori said without giving the exact figures.

The primary problem with the Grow More Food scheme in Mumbai is that the scheme is not about food. The main objective of the scheme is to protect valuable land assets of Railway from encroachments, Indian Railways said in response to a Right to Information request. Neither the agriculture ministry nor the health ministry is involved in the implementation of the scheme.

Moreover, the licensees are responsible for arranging water supply and no training is provided to them about the crops that can be cultivated. Making these changes would make this kind of farming considerably safer, Prem Jose Vazhacharickal, the primary author of the 2013 study on railway farms said.

“If better irrigation facilities are provided, most of the problems will be solved,” said Vazhacharickal, “Otherwise they could be provided with cheap filtration systems that can slightly process the heavy metals in the wastewater to match agricultural standards.”

In 2012, the Food and Agriculture Organization (FAO), had released a training handbook on how wastewater can be used safely for urban and peri-urban agriculture.

As for the contamination in the soil, Vazhacharickal says a possible solution is to scientifically choose the crop. “All plants have different heavy metal imbibing capacity. Some plants accumulate in the root, some in the leaves and some in the stem,” said Vazhacharickal. “So, if you are growing leafy vegetables, it is definitely a problem. But I found that a plant like a ladyfinger accumulates these metals in the leaves and the root, which are not consumed. So it is a relatively safer plant.”

Addressing the health concerns emanating from unsafe practices, the Kenyan government is planning to draft a law to regulate and promote urban agriculture. “We are partnering with the Ministry of Agriculture to introduce a new law before August,” Kenyan Health Minister Mutahi Kagwe said. “There have been many health implications and the new law will save many from harm.”