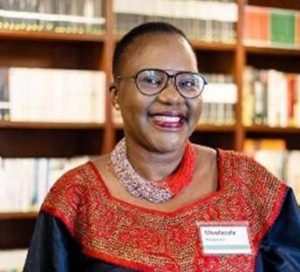 On 10 February, 2022, the World Health Organization (WHO) announced the demise of one of Africa’s most passionate advocate for eliminating Neglected Tropical Diseases (NTDs), Dr Mwelecele Ntuli Malecela.

Dr. Malecela died at the age of 58 years, after a prolonged struggle with cancer.

She was the Director of WHO’s Department of Control of Neglected Tropical Diseases, and a highly respected scientist, who specialized in lymphatic filariasis in Tanzania, starting as a junior scientist focusing on the immuno-epidemiology of filarial infections.

Moreover, Dr. Malecela was a true role model for young women in science, as she was among the most well-known and respected female researchers, scientists and public health leaders in Africa.

Her expertise in NTDs was greatly valued as a member of TDR’s Scientific and Technical Advisory Committee before she took up her role at WHO.

As a visionary leader bringing NTDs to the forefront of the global health agenda, she was instrumental in guiding the development of WHO’s new roadmap for NTDs.The blueprint for Ending the neglect to attain the Sustainable Development Goals: a road map for neglected tropical diseases 2021-2030 was launched in January 2021.

Before her appointment in December 2018 as Director at WHO headquarters in Geneva, Switzerland, she was Director in the Office of the Regional Director, WHO Regional Office for Africa in Brazzaville, Congo, where she provided policy, managerial and diplomatic advice to Dr Matshidiso Moeti.

Prior to joining WHO in April 2017, Dr Malecela served as the Director-General of the National Institute for Medical Research, United Republic of Tanzania – the first woman to occupy this position – and as founding Director of the National Lymphatic Filariasis Elimination Programme.

Dr Malecela dedicated her life to improving the health and well-being of the most vulnerable. An eloquent speaker, her approach was characterized by passion and dedication to people and causes. Her preference for telling the truth over seeking to please earned her widespread respect.

The recipient of many distinctions, Dr Malecela was awarded the Kyelem Prize by the Coalition for Operational Research on Neglected Tropical Diseases (COR-NTD, 2017) and an honorary degree of Doctor of Science by the Liverpool School of Tropical Medicine (2021). She was also repeatedly included in the top 100 list of the most influential women in Africa.

Throughout her life, she advocated for the empowerment of women, for gender equality and for the welfare of women and girls. She also was a champion in encouraging and inspiring youth to study science and to serve the cause of global health as viable and vital avenues for realizing their talents.

Dr Malecela will be remembered as an inspirational figure, a dedicated leader and a committed listener.

She deployed her many qualities in the service of ideals, all of which were firmly rooted in community service and in the intrinsic value of people’s lives.