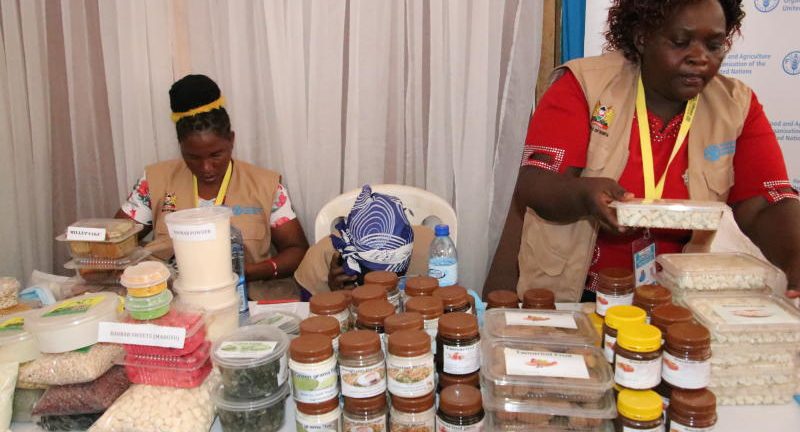 The 2021 devolution conference that was held at Wote in Makueni County tasked the county governments to put in place measures that would address the adverse effects of climate change among the communities.

The conference that was addressed by President Uhuru Kenyatta via a video link and was attended by 25 governors and a host of senators put emphasis on what the county governments could do to alleviate the suffering of rural communities who face the brunt of the ever changing climate.

The county governments were urged to work closely with the national governments and development partners to come up with solutions.

In his address, President Kenyatta noted that the country needed Sh6.8 trillion to reduce greenhouse gas emissions by 32 per cent by 2030, adding Kenya was adversely affected by climate change despite having minimal contribution to climate change.

The president attributed the current drought affecting more than two million people in the country to climate change, adding that the country was losing three per cent of its GDP to the crisis.

During the three day conference, 33 county governments were lauded for enacting legislation related to action towards climate change. Among the counties praised for taking action on climate change included those from arid and semi arid regions such as Makueni, Kitui, Marsabit, Isiolo, Garissa and Wajir.

These ones were cited for establishing climate action funds whose resources were being used to combat the effects of change in climate among the rural communities.

The attending delegates were also told that the effects of climate change were causing scarcity to resources which in turn caused inter ethnic conflicts.

Besides the county governments, the rural communities were urged to be at the forefront in innovative ways that would shield them from adverse effects of climate change.

A good example of this is a women group from Makueni County that has built resilience to survive perennial rain failure in their locality over the years.

Muuo wa Sombe women group won the hearts of many from their exhibition stand with the innovative ways in adding value to wild fruits and drought resistant crops to improve on food security.

The women’s exhibition stand was a beehive of activity as delegates thronged in to taste some of the delicacies made from wild fruits and drought resistant crops that do well in Kibwezi, which is one of the driest regions of Lower Eastern region.

The women said that they took the step after witnessing massive crop failure due to depressed rains, which made it difficult to feed their families, and often led to school drop outs.

“We looked at what was available to us and decided to make the best use of it,” said Peninah David, the coordinator of the group.

In Kibwezi area, trees like baobabs and tamarinds are a common feature. Here too, crops that can withstand droughts such as green grams, cowpeas, millet, sorghum, cassava also do well with minimal rains.

Using baobab and tamarind fruits, the women are able to make jam and juices which are fast becoming favourites with the local community. There is also babobab fruit powder which, when mixed with milk can be a delicacy rich in calcium.

The women also make sorghum beverage that can be used in place of chocolate while green gram flour which is rich in vitamins is used to enrich other flours such as maize flour.

“All these products can go upto six months without refrigeration, the only preservative being lemon. We have a steady demand as the products have become popular with the locals,” says David, revealing that in a bad month, every member of the group can make up to Sh10,000 (about USD 100) from the sales.

Ruth Kitavi, who is the chairlady of the group says the project has given them a stable income, adding that, unlike in the past, they are now able to afford food for their families and school fees, something that was a tall order some years ago.

In addition, Kitavi notes that their husbands are more respectful because the wives have a reliable income that complements what their men earn.

“Unlike in the past when we were just housewives, our husbands now respect us because they know we can also provide for the family,” Kitavi says.

Faith Charles, another member of the group recalls how difficult it was in the past to provide for the families, saying majority of the women were involved in menial jobs such as tilling other people’s farms or breaking stones into ballast to eke out a living.

She says the group has turned around the women’s lives, adding that families are now stable as food and other necessities such as school fees for the children are easily available.

Charles says that the most depressing part of their lives was watching their children drop out of school, something that meant an endless cycle of poverty.

“Watching children drop out of school due to lack of fees was the most hurting thing. However we thank God through this initiative, such financial responsibilities are easy to handle,” says the mother of five whose two children are in high school.

Like other members of the group, Charles is also engaged in kitchen gardening where she grows vegetables such as kales and cowpeas for home use. The surplus is dried and stored for future use while some is sold out.

Through this initiative, the women have addressed the food security issue at home level as well as nutritional aspect since they are able to provide a balanced diet for their families.

The women acquired the life-changing training from Food and Agricultural Organisation (FAO) in a multi-pronged approach that mainly focuses on food security and nutrition, while empowering the rural communities in arid and semi-arid lands to cope with harsh and unpredictable weather.

The Head of programmes at FAO, Hamisi Williams says the training is aimed at building the capacity of rural communities to adapt to climate change and innovate ways of income generation using traditional crops that do well in the regions.

Williams says that the training focuses on giving skills to farmers to make use of what resources are available to the local communities and make the best use of them to fight the effects of climate change, which in most cases is food insecurity.

“Those trained are linked to experts in areas such as conservation agriculture and also become trainers within the community,” notes Williams. He adds that the success of these trainings is that eight of 10 groups trained in Makueni, Kitui and Tharaka Nithi counties are involved in income generating activities.

The Kibwezi women group is planning to expand their operations and produce in mass for markets outside their county. The only draw back for them is that they cannot get the requisite certifications from the Kenya Bureau of Standards (Kebs).

“The kind of money Kebs is demanding is way beyond our reach. However the demand is encouraging, we only need support to overcome the Kebs demands,” says David.