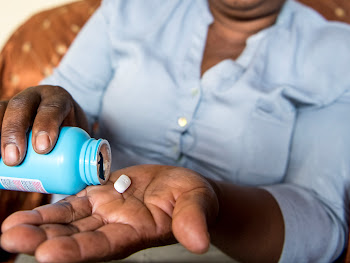 Globally, 15 countries have been certified for eliminating mother-to-child HIV transmission. None of them had an epidemic as large as Botswana.

The country has the world’s fourth highest HIV prevalence (20.3%) but has made significant strides in fighting the virus. So much so, that the World Health Organization (WHO) awarded Botswana the silver tier status, for its efforts in eliminating mother-to-child transmission.

The award is given to countries that that have lowered this mode of HIV transmission to less than 5 %; provided antenatal care and antiretroviral treatment to more than 90 % of pregnant women; and achieved an HIV case rate of fewer than 500 per 100,000 live births.

In 1999 with a HIV prevalence rate as high as 30%, Bostwana initiated an intensive programme to prevent mother-to-child transmission.

As women living with HIV who do not receive antiretroviral (ARV) medicine have a 15–45% chance of transmitting the virus to their children during pregnancy, labour, delivery or breastfeeding, in 2013, the country was among the first countries globally to implement Option B+, a plan for treating all pregnant and breastfeeding women living with

HIV with a highly effective lifelong triple antiretroviral treatment regimen at the time of diagnosis.

According to Dr Matshidiso Moeti, WHO Regional Director for Africa, through the award, Botswana demonstrates that an AIDS-free generation is possible.

“This groundbreaking milestone is a big step forward in ending AIDS on the continent and shows how visionary political leadership aligned with public health priorities can save lives. I look forward to other African countries also reaching this goal,” she said.

Winnie Byanyima, UNAIDS Executive Director said Botswana’s accomplishment highlighted the importance of prioritizing the needs of mothers living with HIV and their children.

“Children are among the groups left furthest behind in the HIV response. Addressing this inequality and preventing new HIV infections in children is critical if we are to end AIDS. Political commitment, strong leadership and the hard work of dedicated health care workers and communities in Botswana have delivered impressive results, she said.”

Mohamed Fall, United Nations International Children’s Emergency Fund (UNICEF) Regional Director for Eastern and Southern Africa, asserted that the country’s progress could serve as an example for others.

“The progress on prevention of mother to child transmission of HIV in this region is truly a public health success, with more than 1.7 million new infections in children averted since 2010. We look forward to congratulating other countries very soon and continuing the journey to full and sustained elimination over time,” Fall said.

The global validation criteria and processes date to 2015, when UNAIDS, UNICEF, WHO and other partners created the Global Validation Advisory Committee to standardize the measurement of achievements for eliminating mother-to-child transmission of HIV and syphilis.

In 2017 and in recognition of the achievements made by countries with a high burden of HIV that were demonstrating significant and sustained reductions in the mother-to-child transmission rate, new Path to Elimination criteria were introduced.

The elimination agenda has broadened to a “triple elimination” of mother-to-child transmission of HIV, syphilis and hepatitis B.

Botswana is now updating its guidance regarding syphilis and will expand its elimination objectives moving forward.